7 years with you: Our Love & Other Important Events 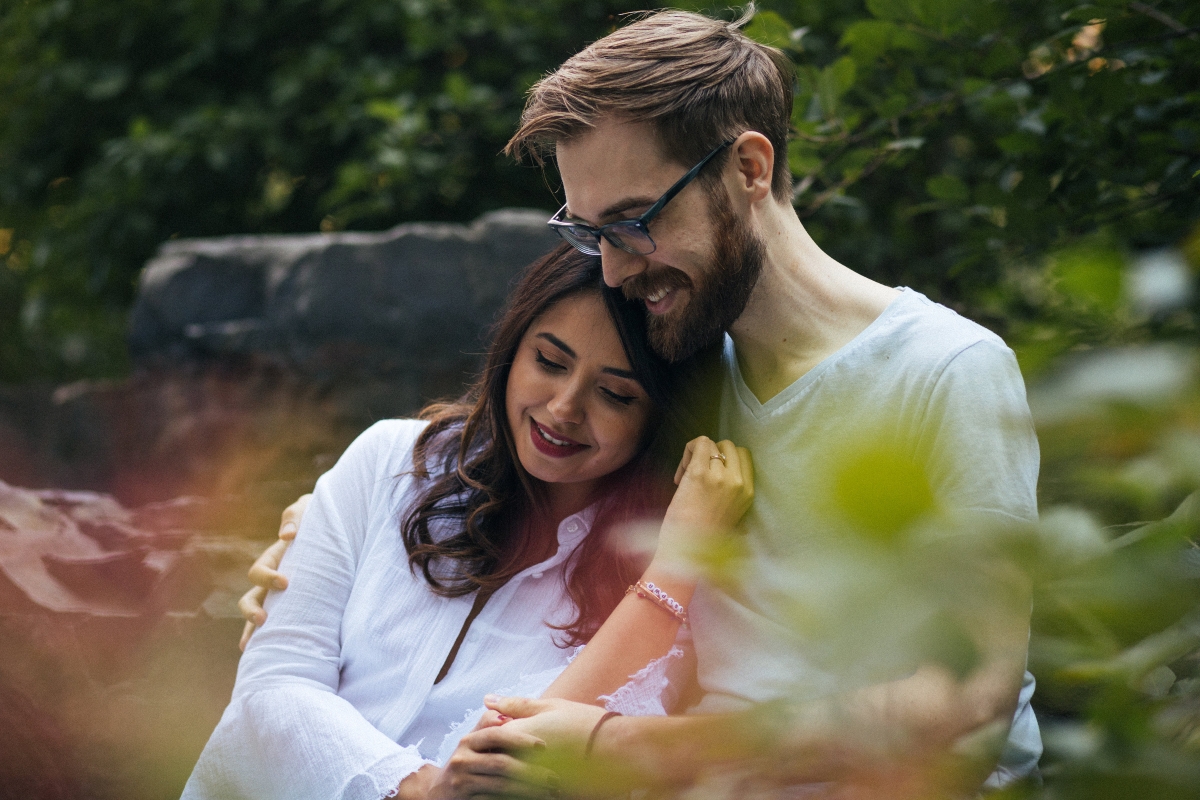 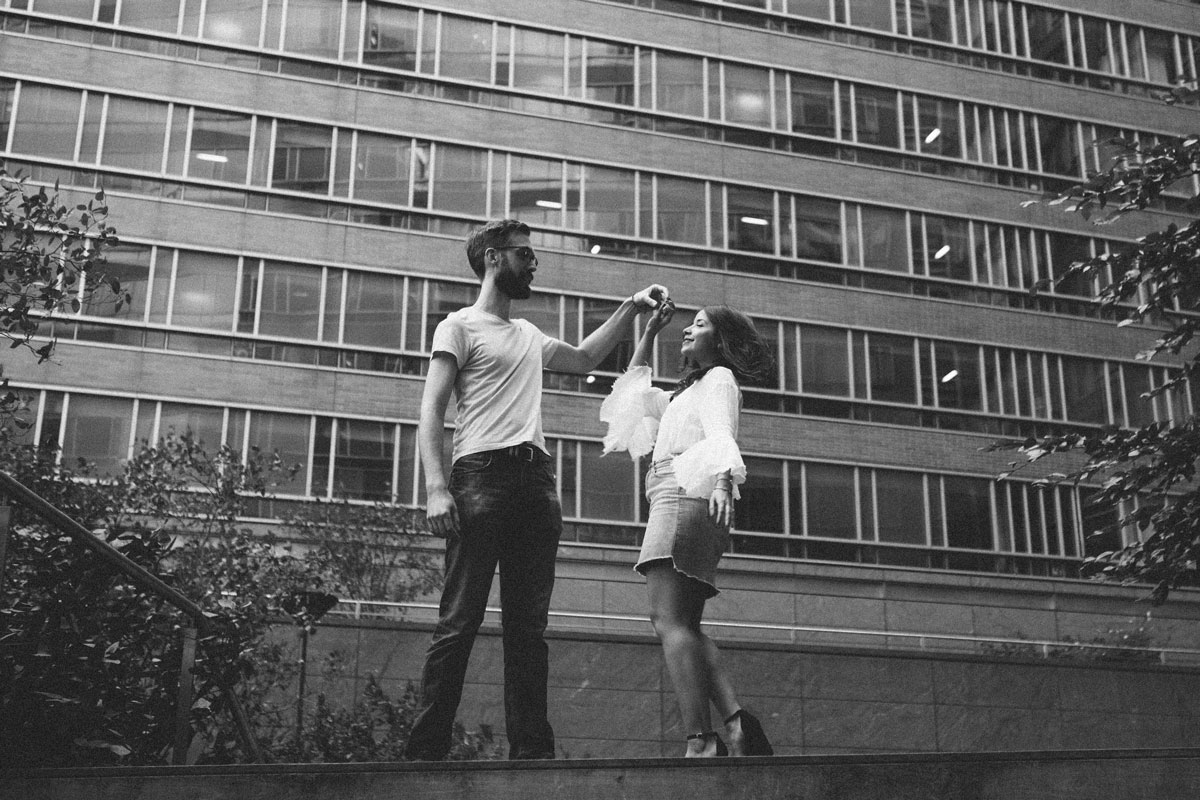 The Day I Met You

The day I met you is a day I hope to never forget.

Excited to be cast in a new play & nervous for our first table read, I walked into 244 West 54th St, hopped onto the elevator with two guys, one of which was noticeably tall, exited on the 12th floor and began my journey in pursuit of room 1203. I couldn’t find the room for the life of me!
I circled around and around, when I realized said noticeably tall guy seemed to be going around in circles, too. I’m pretty sure I was the one who asked you if you were also looking for 1203, which is when we realized we were in the same show and decided to embark on finding the room together.
We walk into the rehearsal space and there was a very long table in the center of the room. I decide to sit on one end and you decide to sit on the complete opposite end & were TOTALLY giving me eyes. Oh. Said noticeably tall guy is actually very cute.
As cast members at our first table read, we went around the table introducing ourselves where I learned said noticeably cute tall guy’s name is Brian (aka YOU), that you had just moved to NYC from West Virginia and rode your bike from Harlem to Midtown. I’m not sure what I was actually thinking in this moment, but the fact that you rode your bike from Harlem coupled with the fact that you were wearing you’re “I’m [insert illustration of Christopher Walken here] Sunshine” graphic tee (that you still wear till this day!) made me think you were the coolest ever!
After that day, I somehow knew you were going to be my boyfriend. 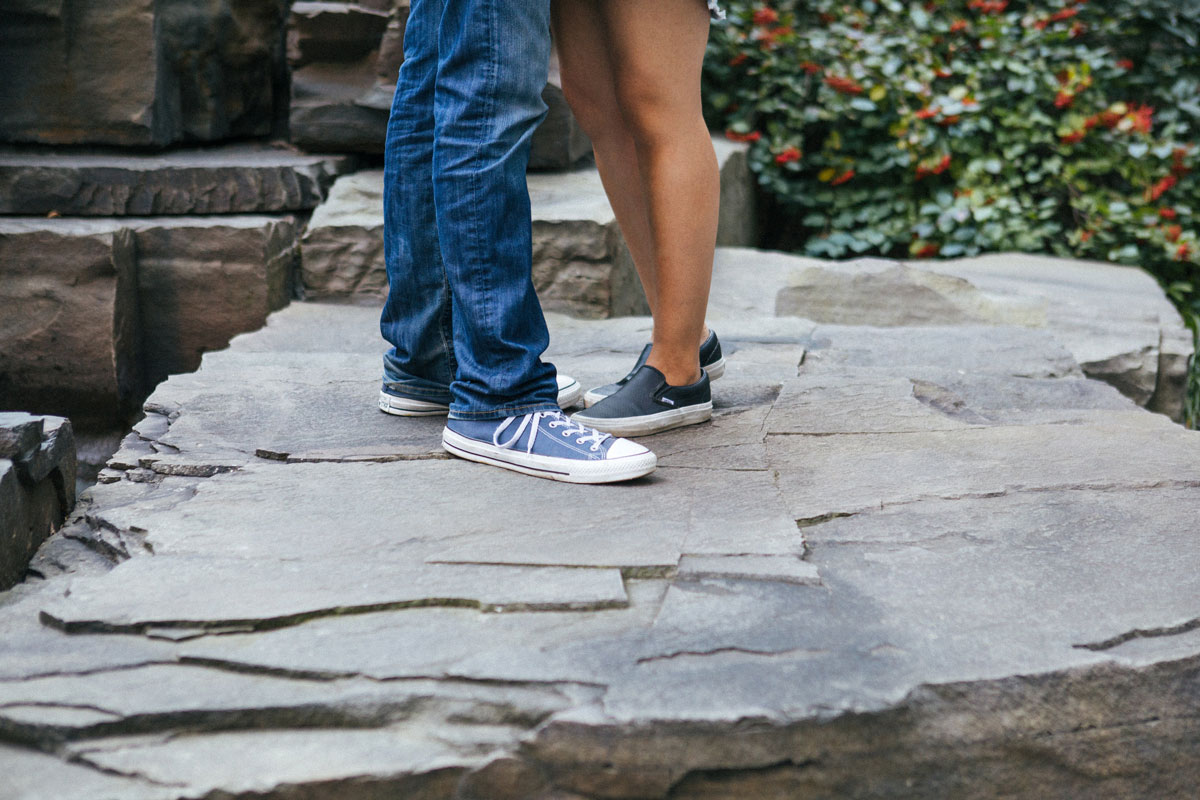 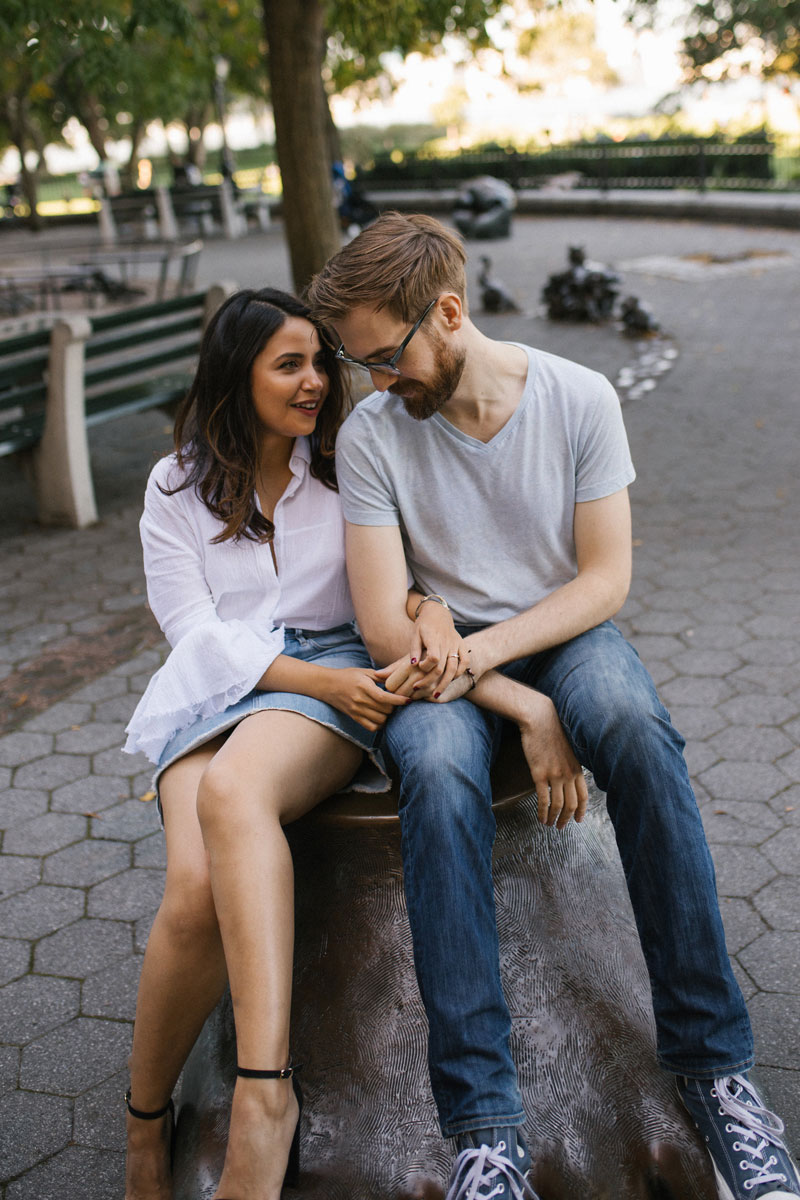 Fast forward about a week or two later, after coming back from a trip to California, I’m sitting at my retail job on super slow day and my phone rings. I never pick up numbers I don’t recognize and instead immediately rush onto google to search the phone number in hopes of finding a few clues.
Area code 304. West Virginia. ?
I instantly remembered you mentioning that you were originally from WV from our first table read! My heart began to flutter and my stomach began to twist & turn! I couldn’t believe it! You went out of your way to find my phone number on the contact list included with our script & called me 🙂
I let my phone go to voicemail and you left the cutest voicemail inviting me to coffee. I could tell you were nervous, but I didn’t want to get too excited, so I told myself that this was your way of getting to know me because we only had one scene together in the entire show.
We met at Ost Cafe in the East Village on a cool October day, where I learned you weren’t even a coffee drinker! Something we still battle it out on 🙂
Three dates in, you mention that we are dating and I had no idea because you were such a gentlemen.
I’m generally shy & reserved when I first meet a guy and I remember that on this specific date you mentioned that you felt I was really holding back, and boy, were you in for it ?, but you’ve still managed to love me despite my extreme goofiness & high anxiety. 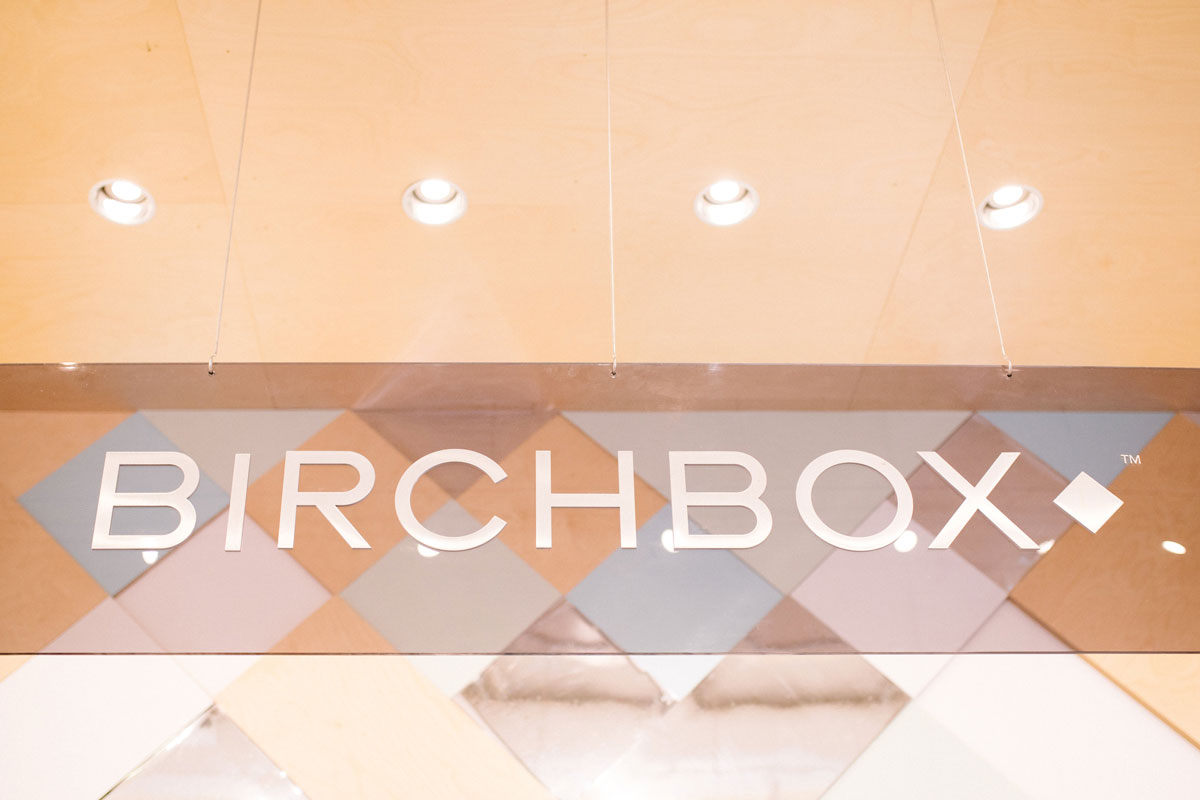 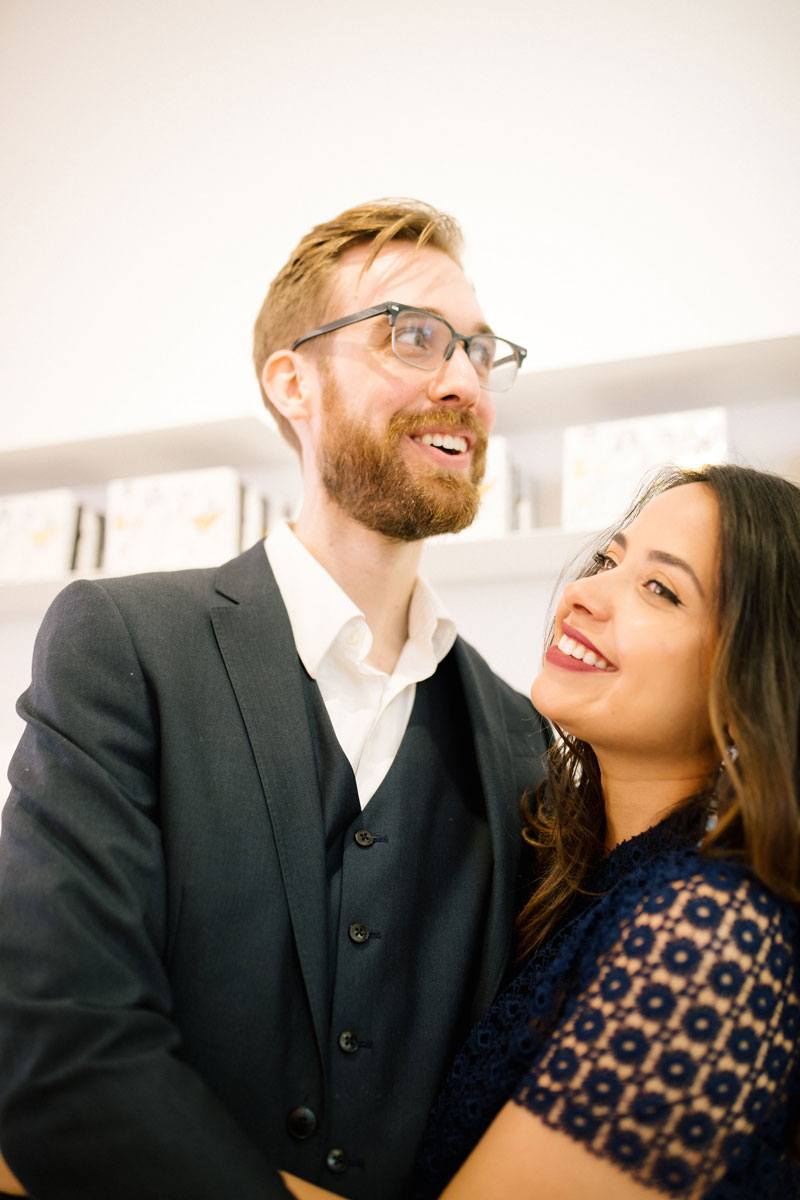 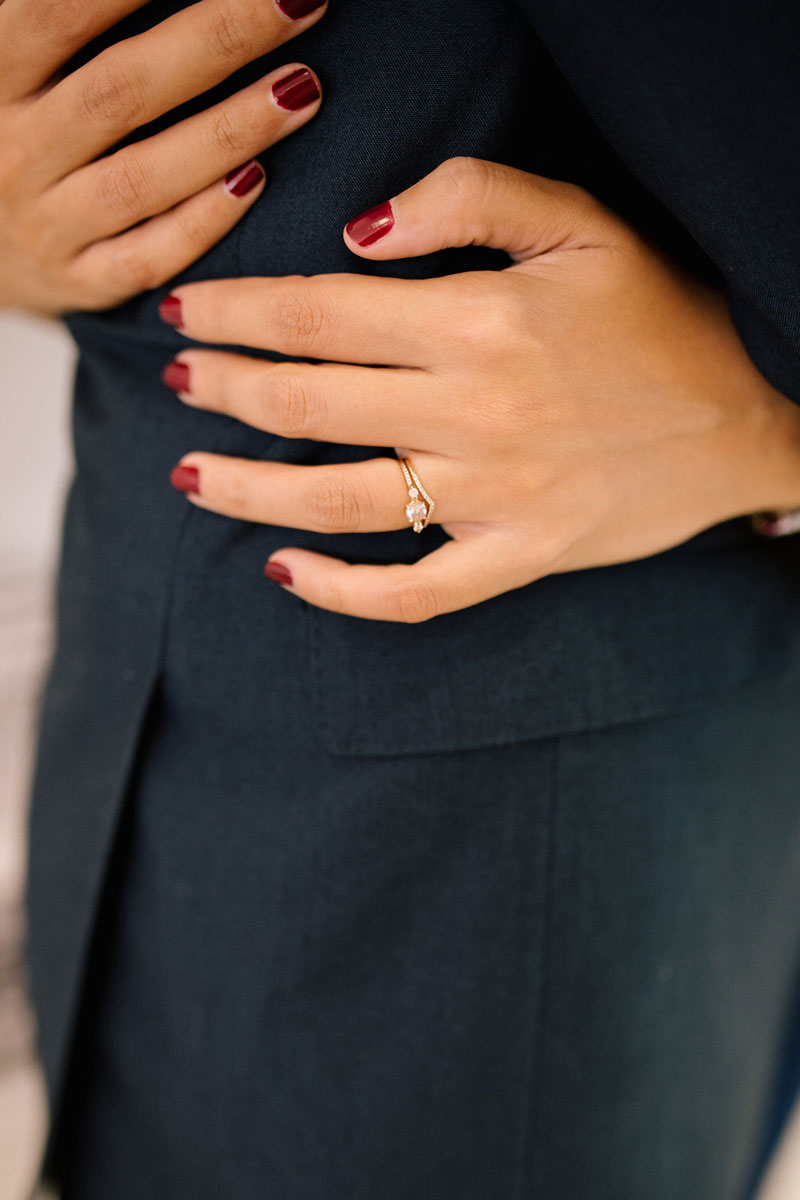 You clever, clever man! I am the QUEEN of figuring out nearly ALL surprises, but I absolutely did not see this coming!

You may not have previously known known this, but my absolute favorite time of the month was when we would unbox our Birchbox & Birchbox Man boxes together & film it for my YouTube channel. I had tried to convince you for months to sign up for Birchbox Man & couldn’t convince you to do it on your own, so as part of your Christmas gift in 2015, I went ahead and subscribed you myself!

You’re such a champ and I can only imagine how you must’ve felt the night before when I told you that we HAD to unbox our February box early the next morning as March was right around the corner and I wanted to get our unboxing video up ASAP.

I changed my outfit 3 times because nothing was feeling quite right and this is something that had never happened before. Maybe I could somehow sense something was up without being completely aware of it.

You hopped into the shower and I decided to set up our camera and get our boxes ready to save us a bit of time because you had to run off to work. My Birchbox had been sitting on the kitchen counter for 2 weeks and all of sudden it had mysteriously disappeared. I went on a mad dash throughout the entire apartment trying to find it and had no luck. I remember shouting at you through the bathroom door in frustration letting you know that I could not find the box anywhere and in classic calming Brian form, you told me you’d help me on my quest once you were done in the shower & assured me that we would find it. Little did I know, you snuck my box under the bathroom mat to figure out how to last minute get the rings into the box without me noticing!

You come out of the shower and “find” the box within a minute of popping out of the bathroom. I somehow didn’t question a thing.

Nearly 6 years into sharing our first kiss on the Empire State Building, I said “yes” to becoming your future wife! It was such a sweet and thoughtful way to propose as it was our special thing we did together and it happened in our little Astoria apartment where we truly began to build a life together.

Immediately after you asked me to marry you, I remember continuously wanting to ask “Are you sure?!” because even after 6 years of being together, I wasn’t quite sure how I got so lucky in that you chose me to be your forever.? You are so far beyond incredible & I never ever take that for granted. 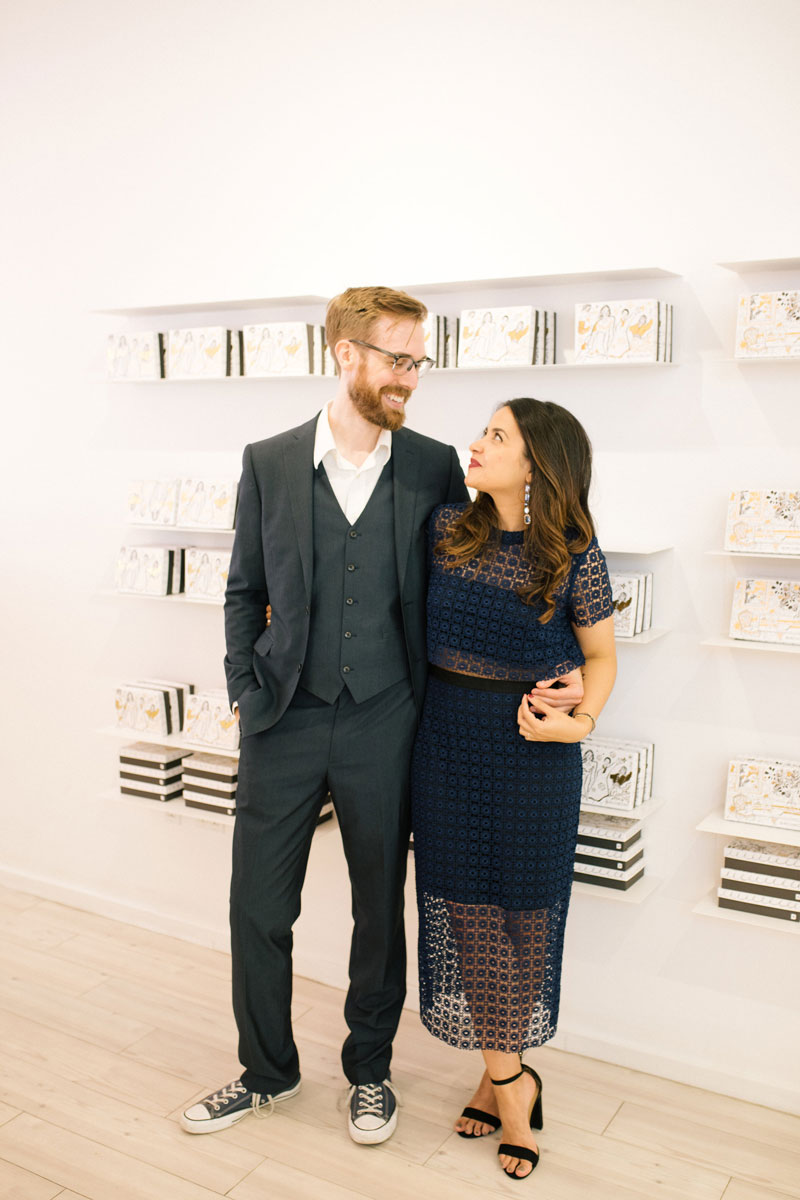 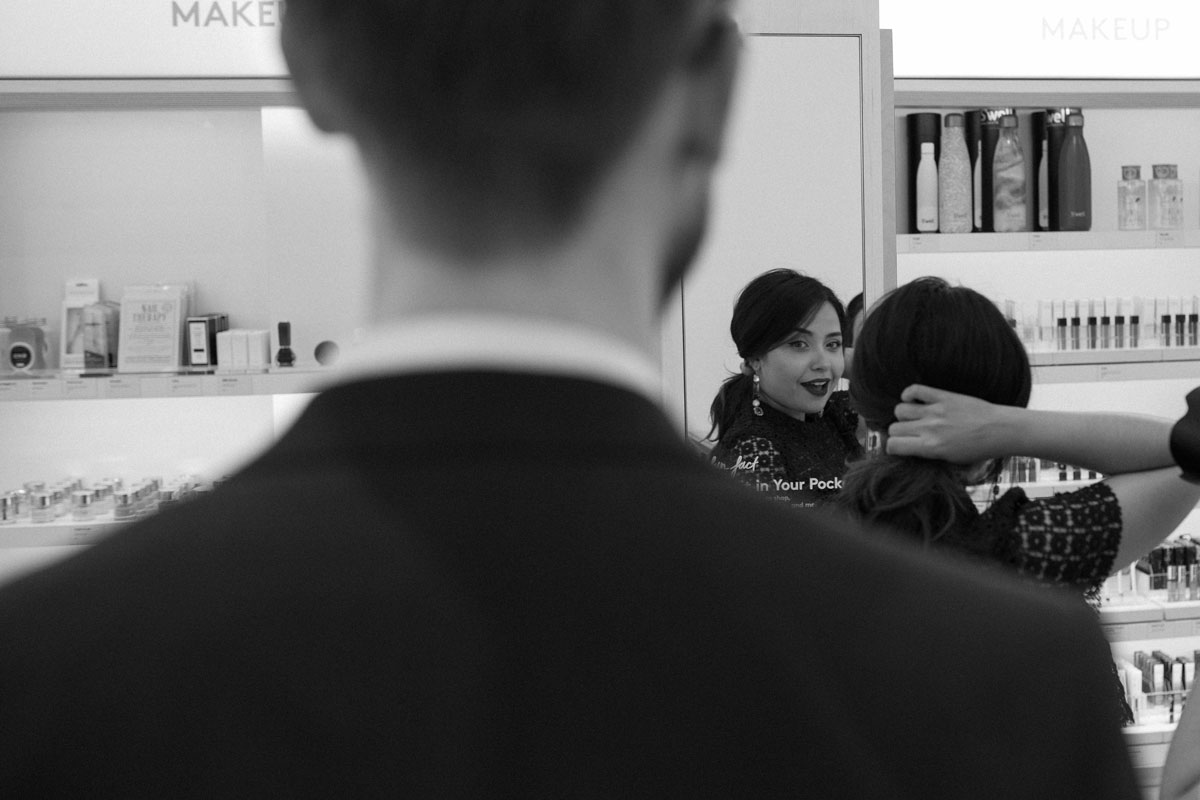 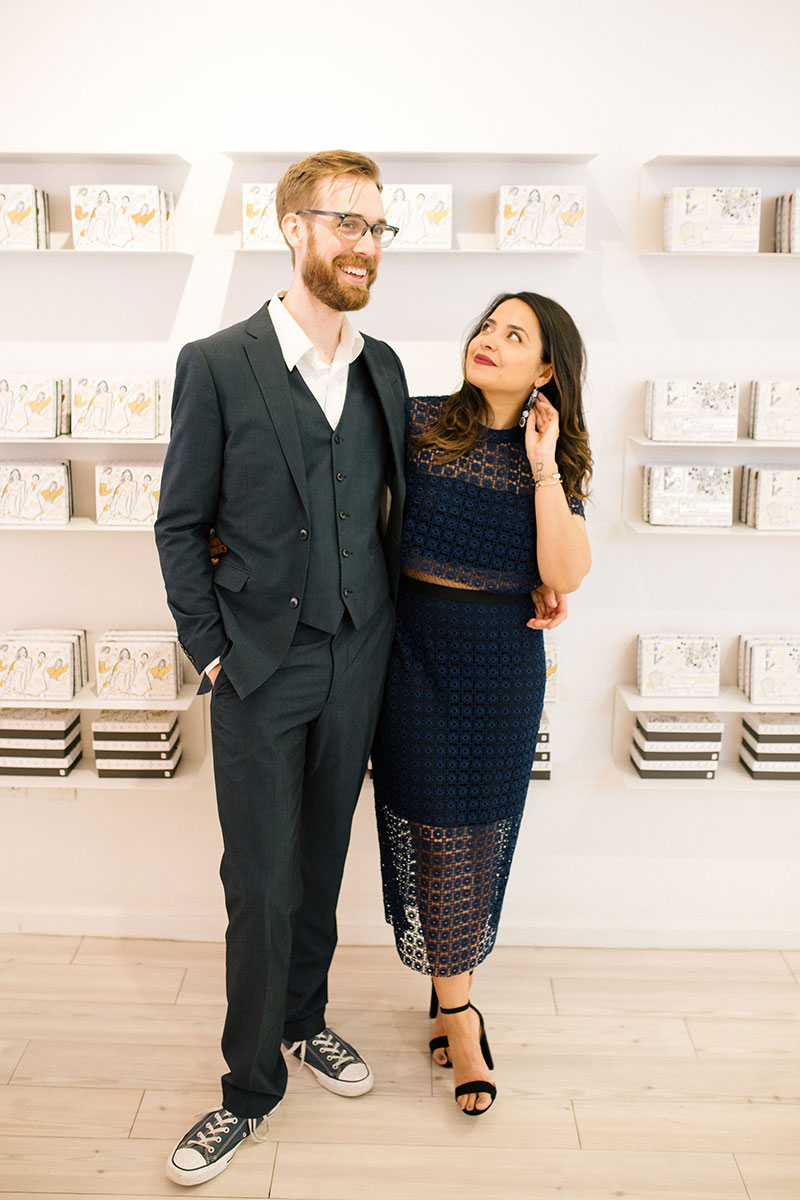 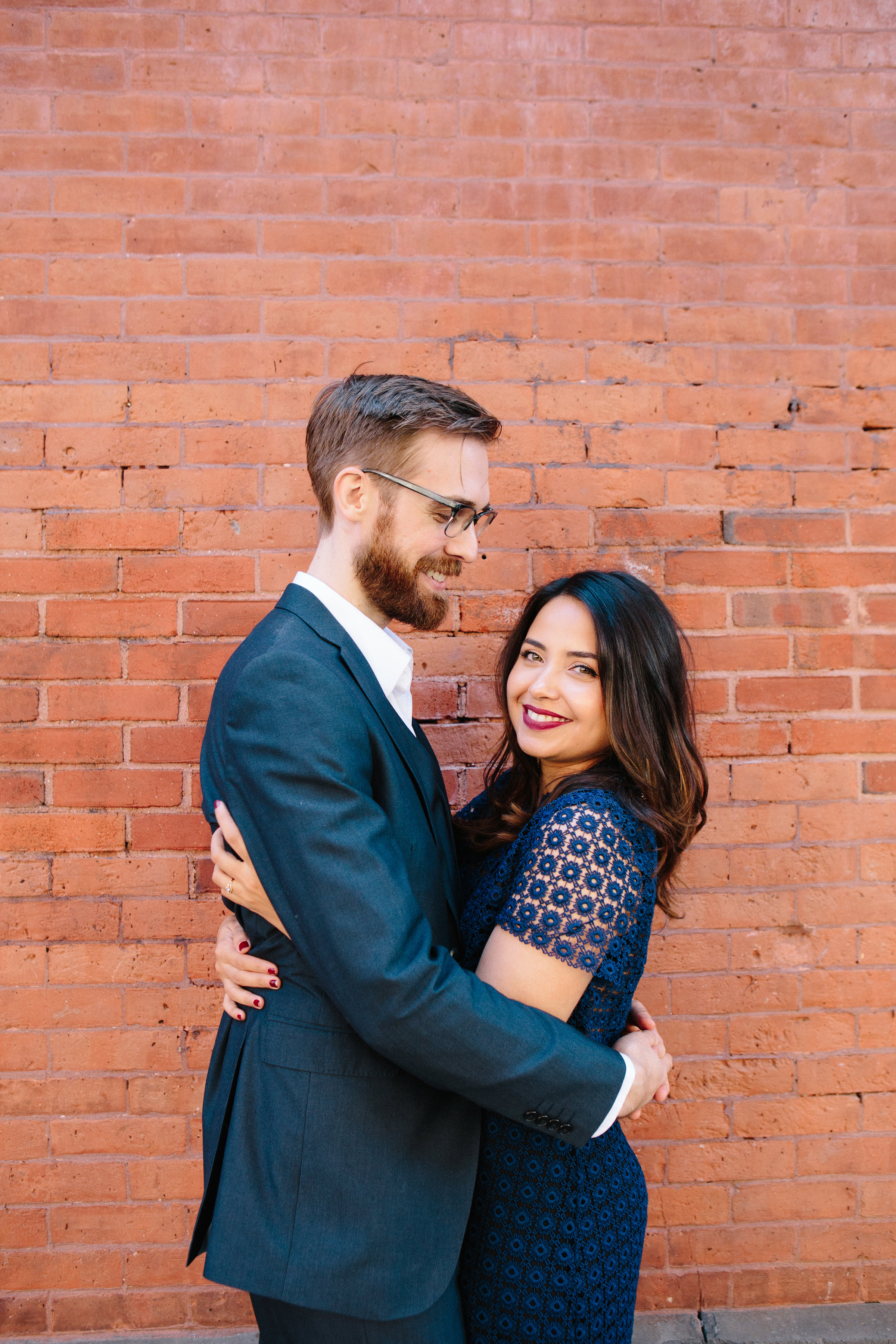 We’ve been so incredibly blessed to have met so many beautiful people throughout the span our relationship.

I met Jen Melgarejo at a networking event in Hoboken a few months back and learned that she is a photographer. I’m not sure why exactly, but I opened up to her about how we hadn’t had an engagement shoot after over a year of being engaged and had yet to set a wedding date, but we knew we wanted to elope. 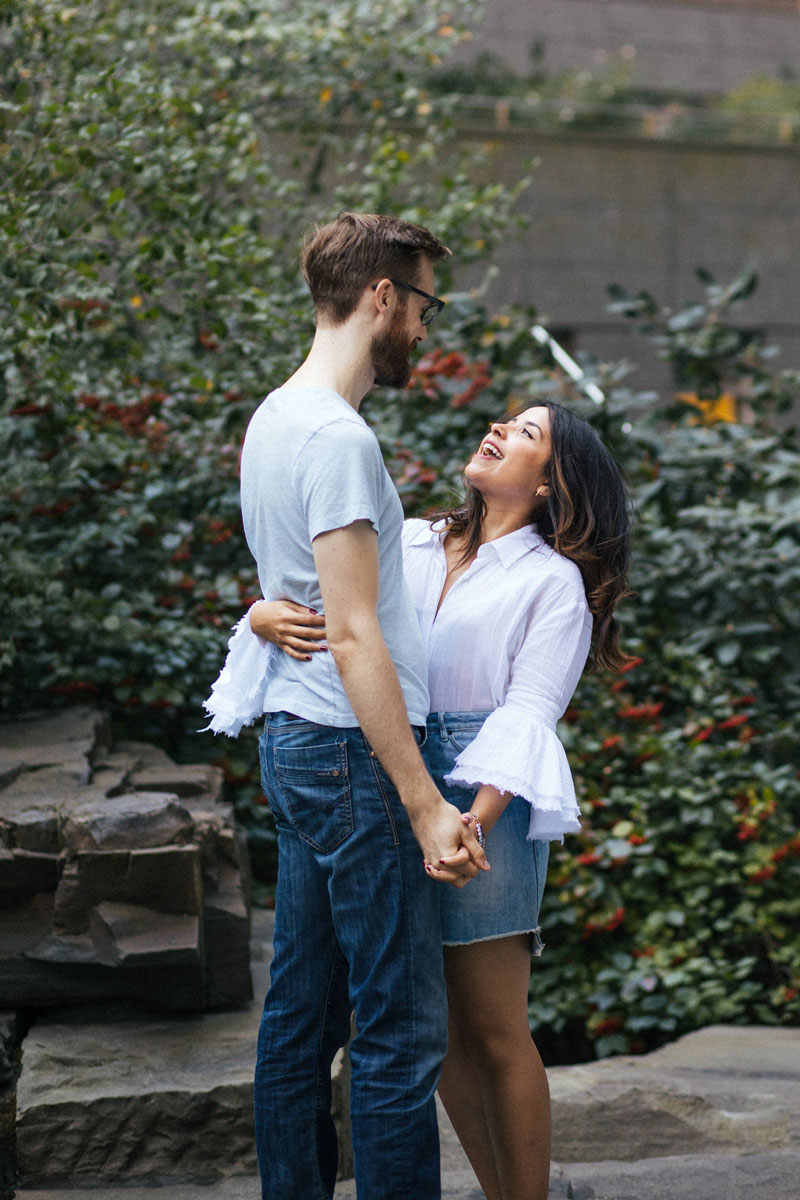 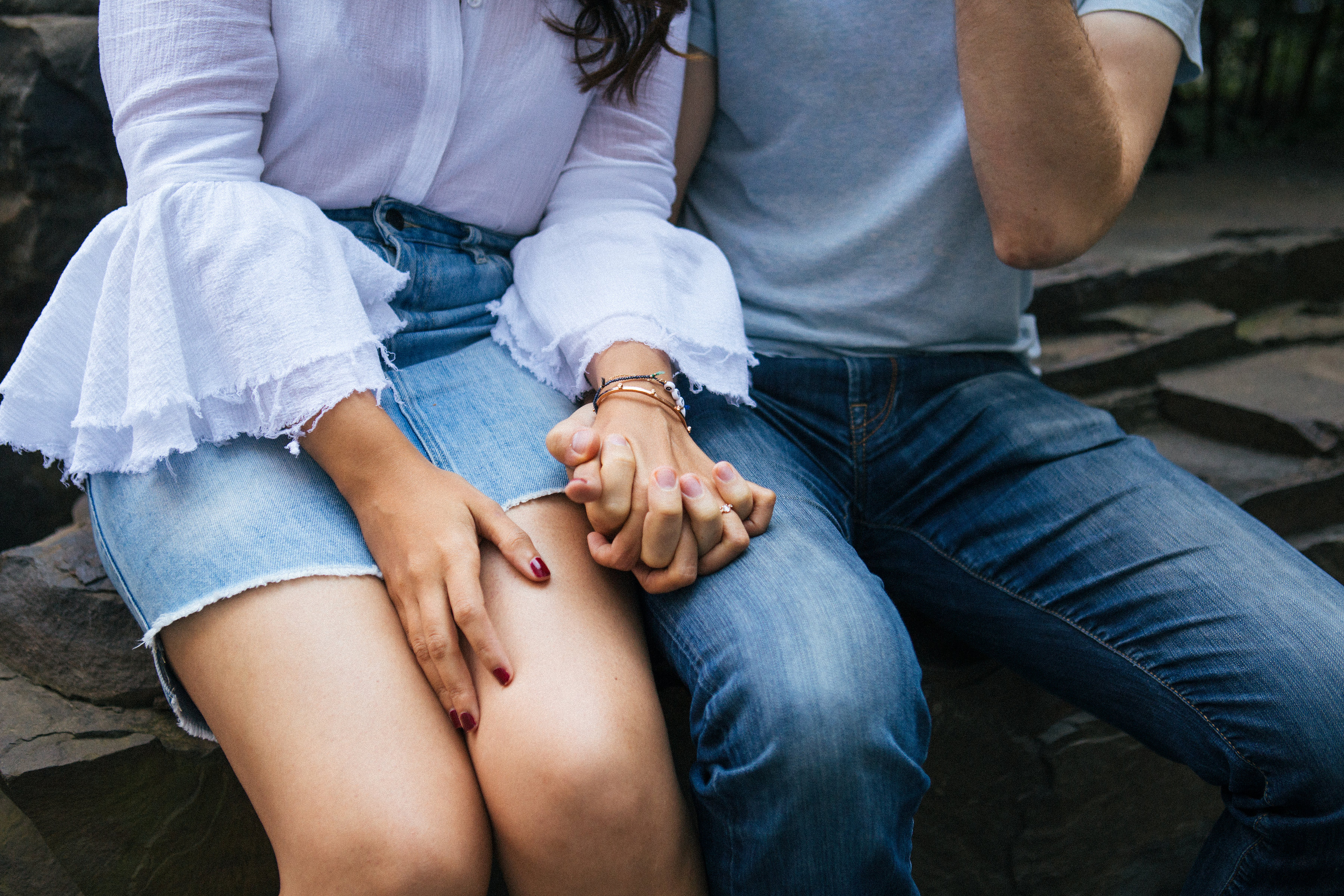 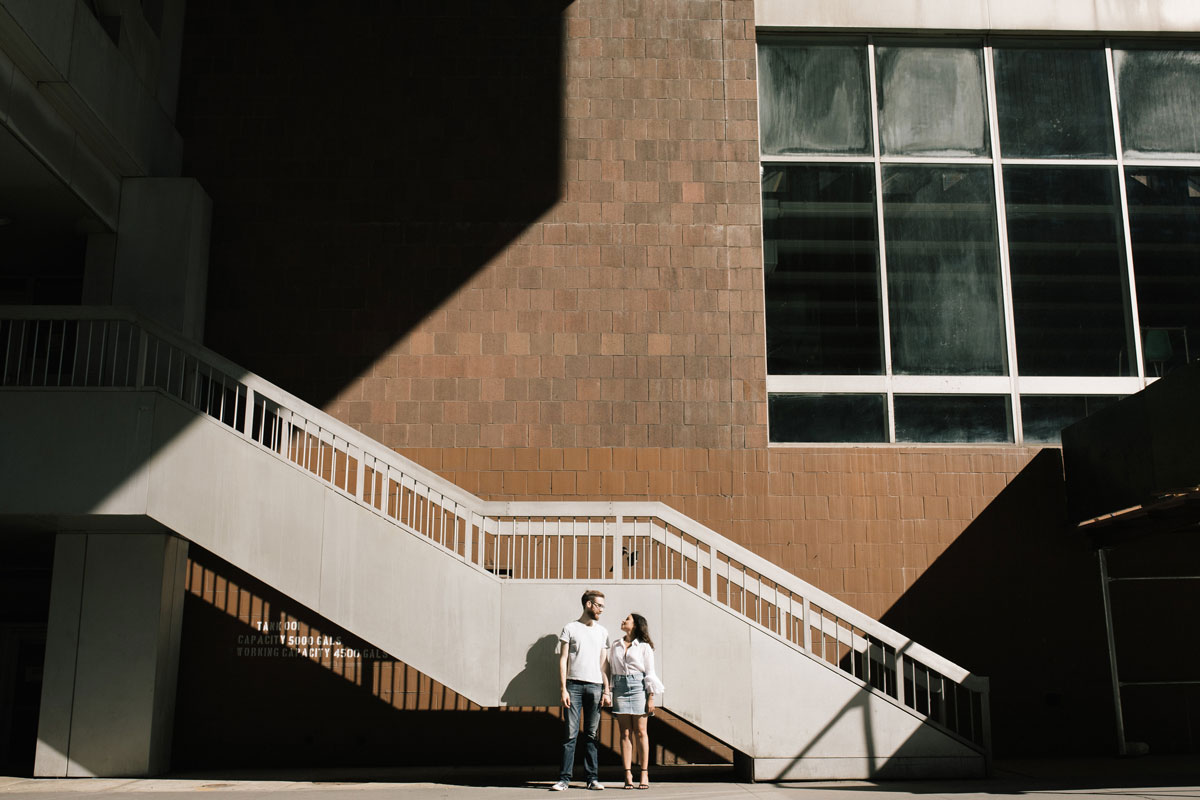 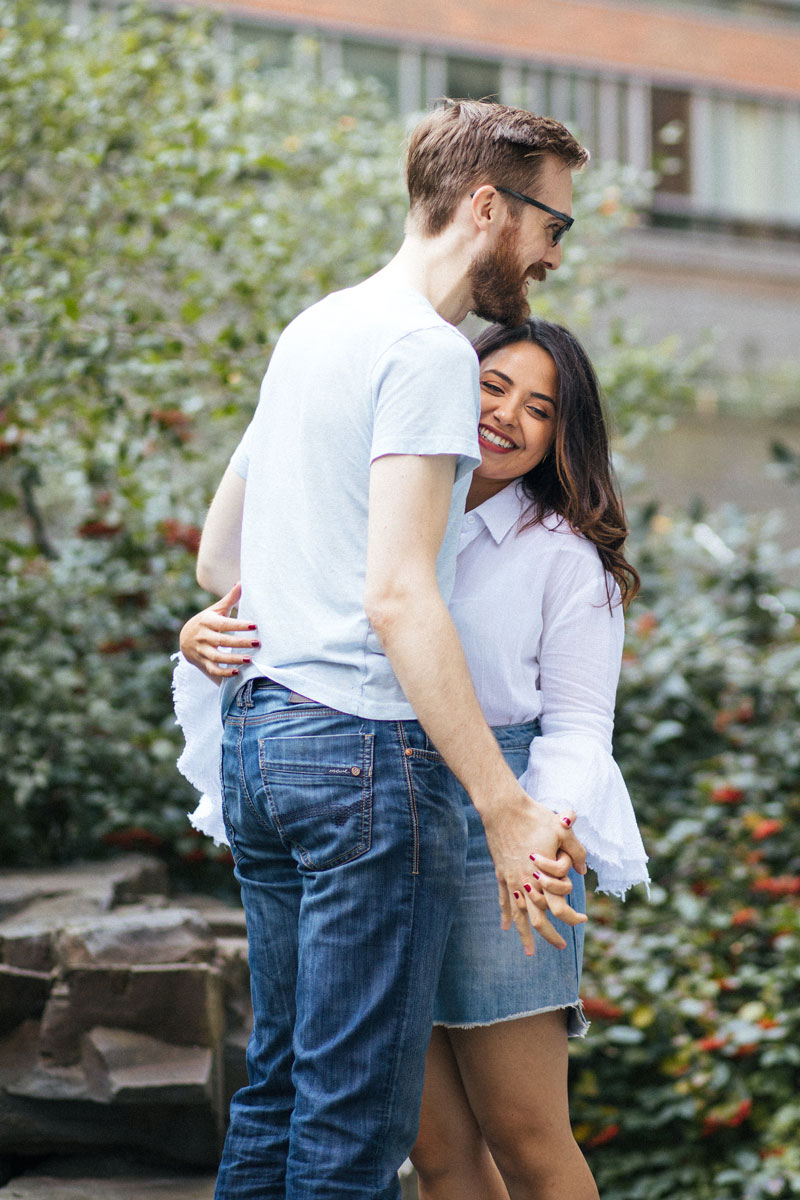 You had proposed to me end of February 2016, I left my part-time job in April and we moved to New Jersey in May.

Because of the financial strains & time constraints that can come with being an entrepreneur & our sudden lifestyle changes, we simply weren’t in the position to celebrate our love in the way we both knew it deserved.

Fast-forward a couple of months later, Jen mentions how our story has been on her mind and that she & her husband Jose Melgarejo, also a photographer who specializes in engagement & wedding shoots, wanted us to have a proper engagement shoot. I mean, you were there for it, but I literally burst into tears.

Because we met in NYC, I knew that I wanted us to take photos in Manhattan and because you proposed to me via Birchbox unboxing, I completely envisioned us popping in and taking a few photos at Birchbox’s SoHo location to commemorate how your proposed. And, with the help of Allison, Birchbox SoHo’s store manager who let us sneak in half an hour before store open, that’s exactly what we did.

We had such a fun day shooting and getting to know Jose & Jen and cannot thank these two enough for making us feel so special & for capturing our love. I’m so thankful for the beautiful gift this husband + wife duo blessed us with and for making us feel so loved & cared for! We adore you so much, Jen & Jose!! 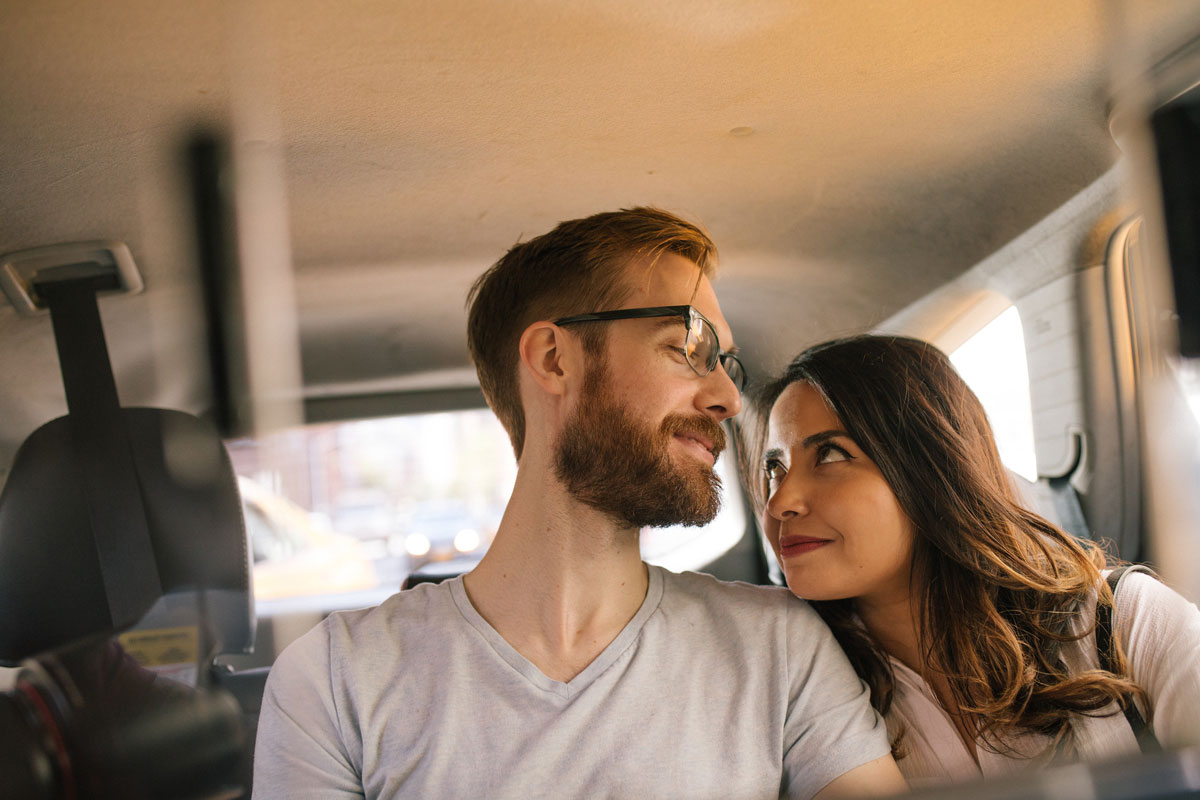 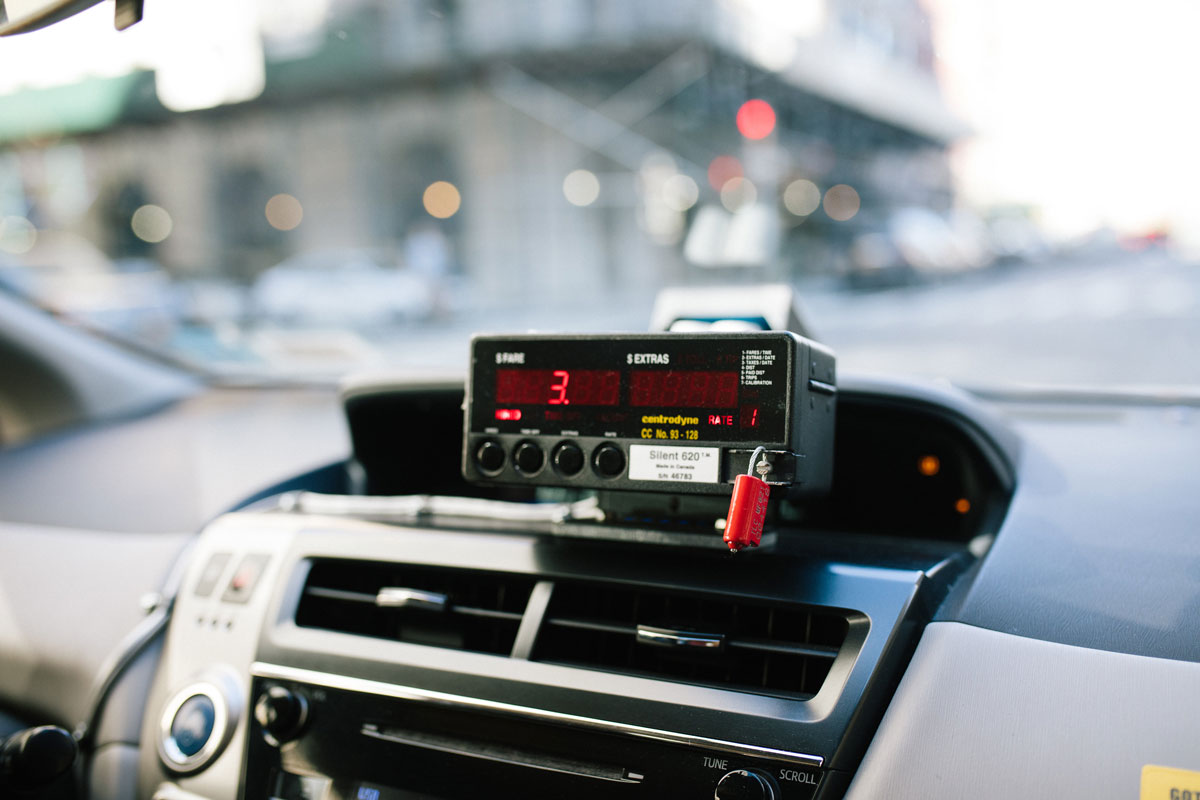 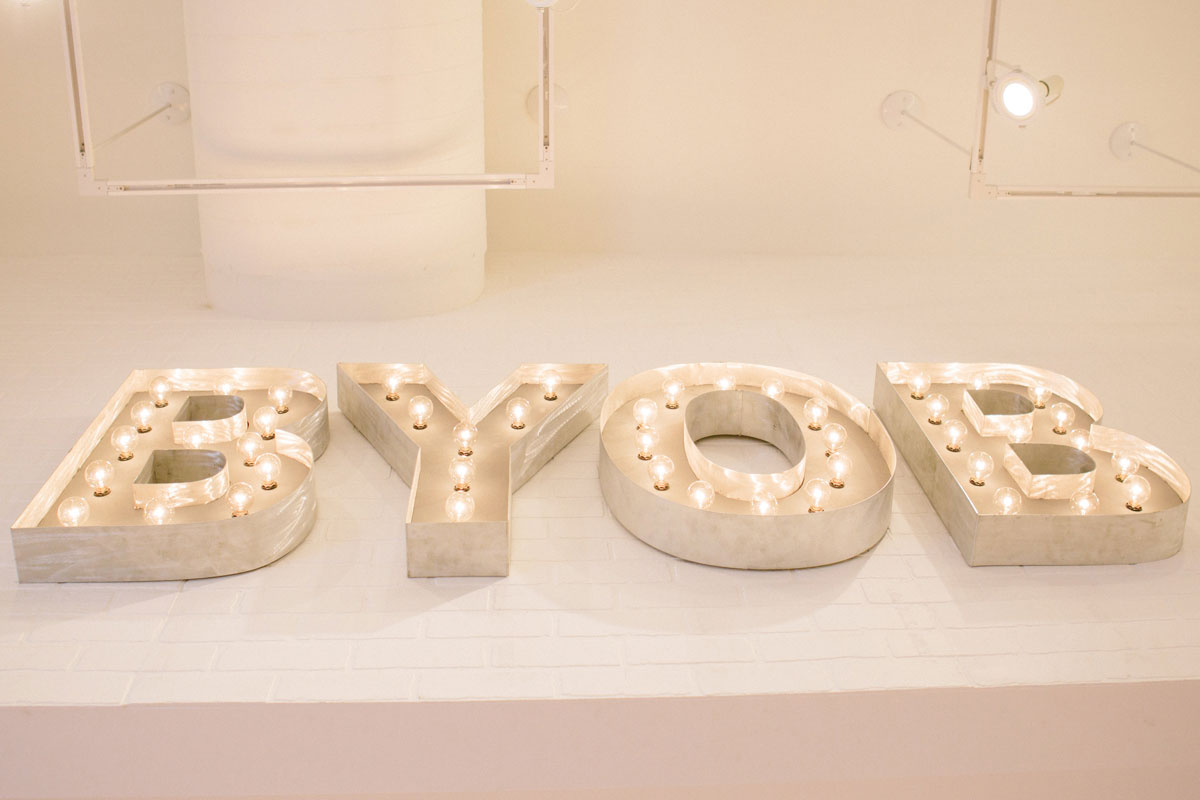 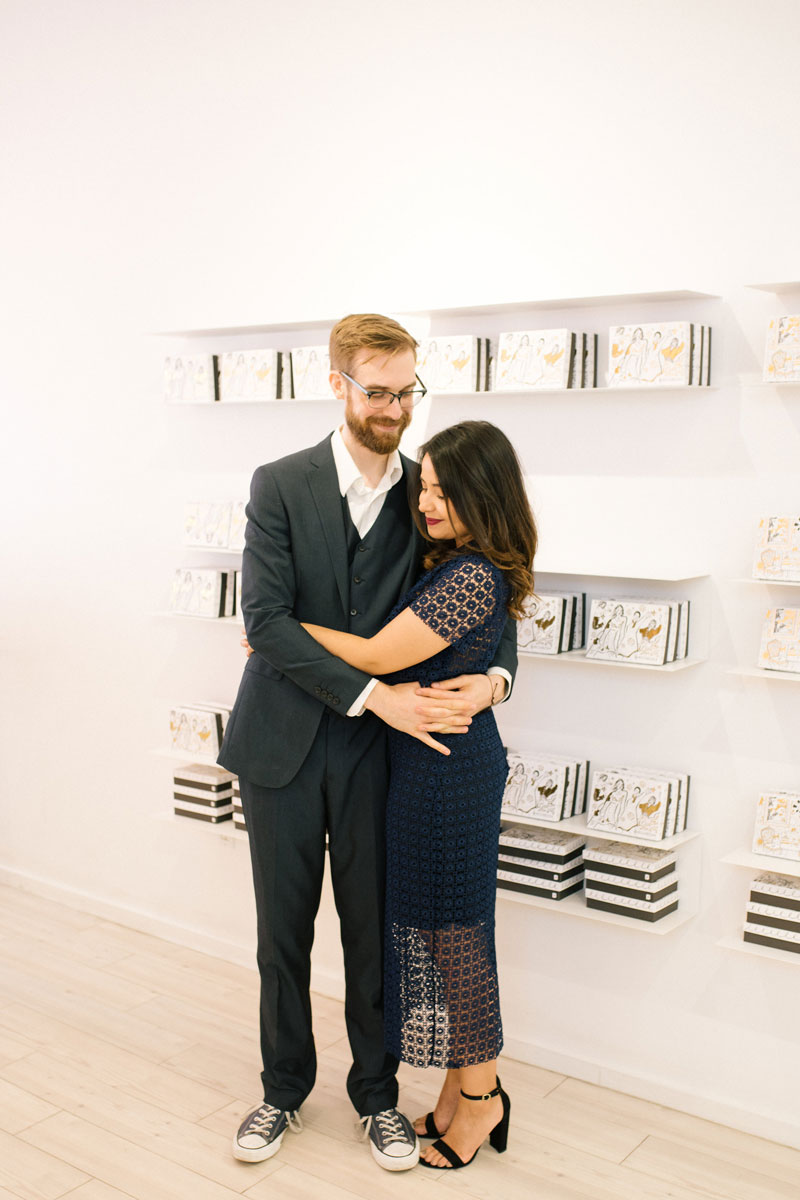 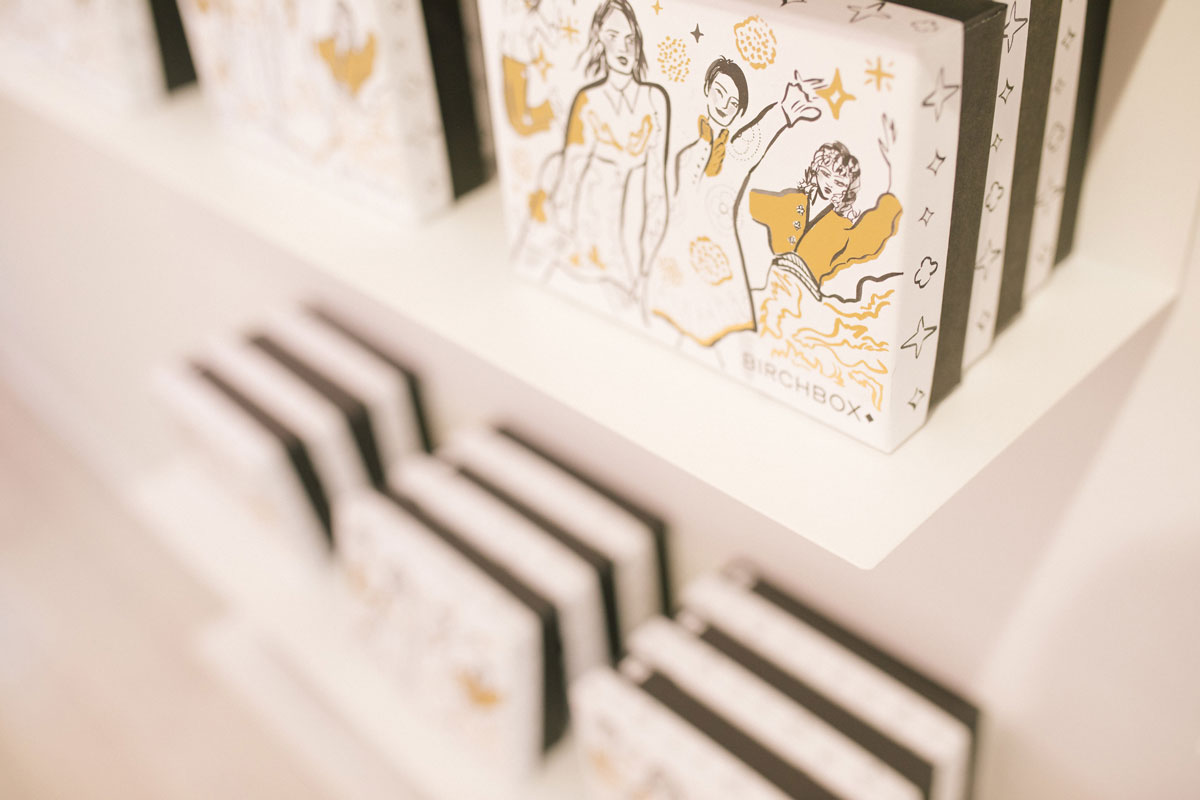 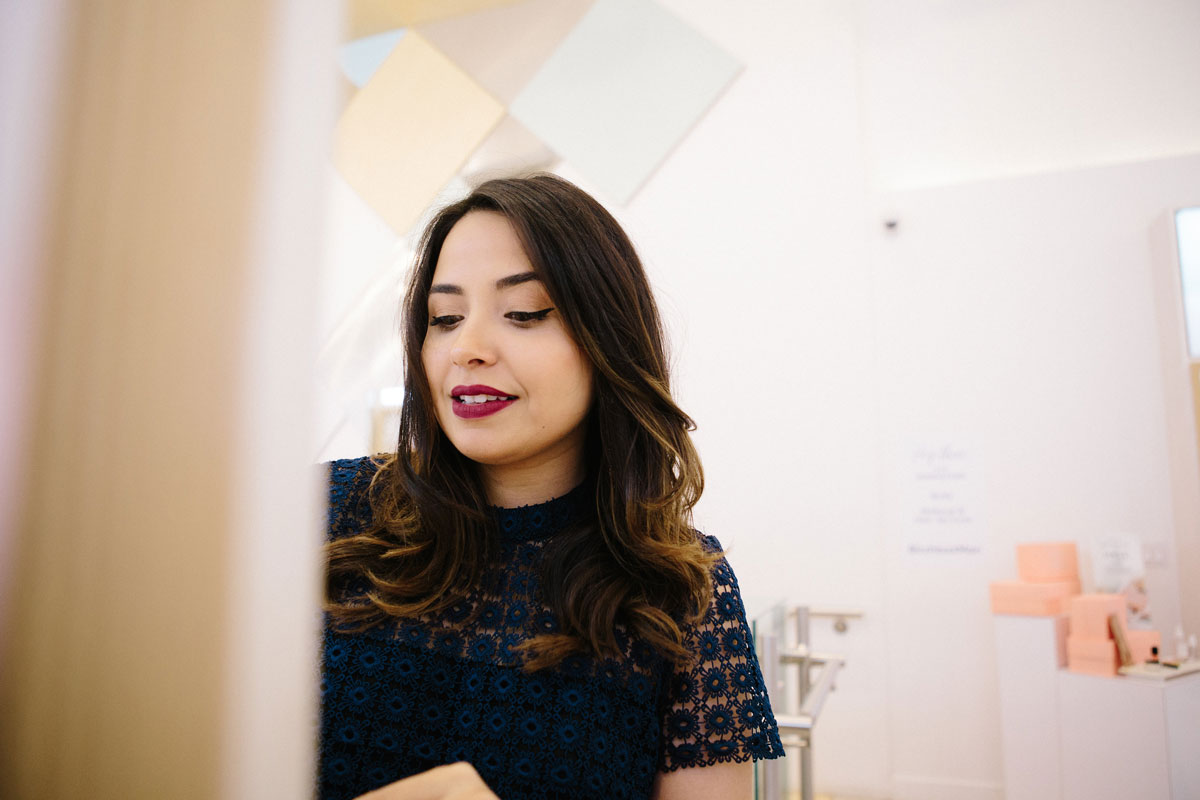 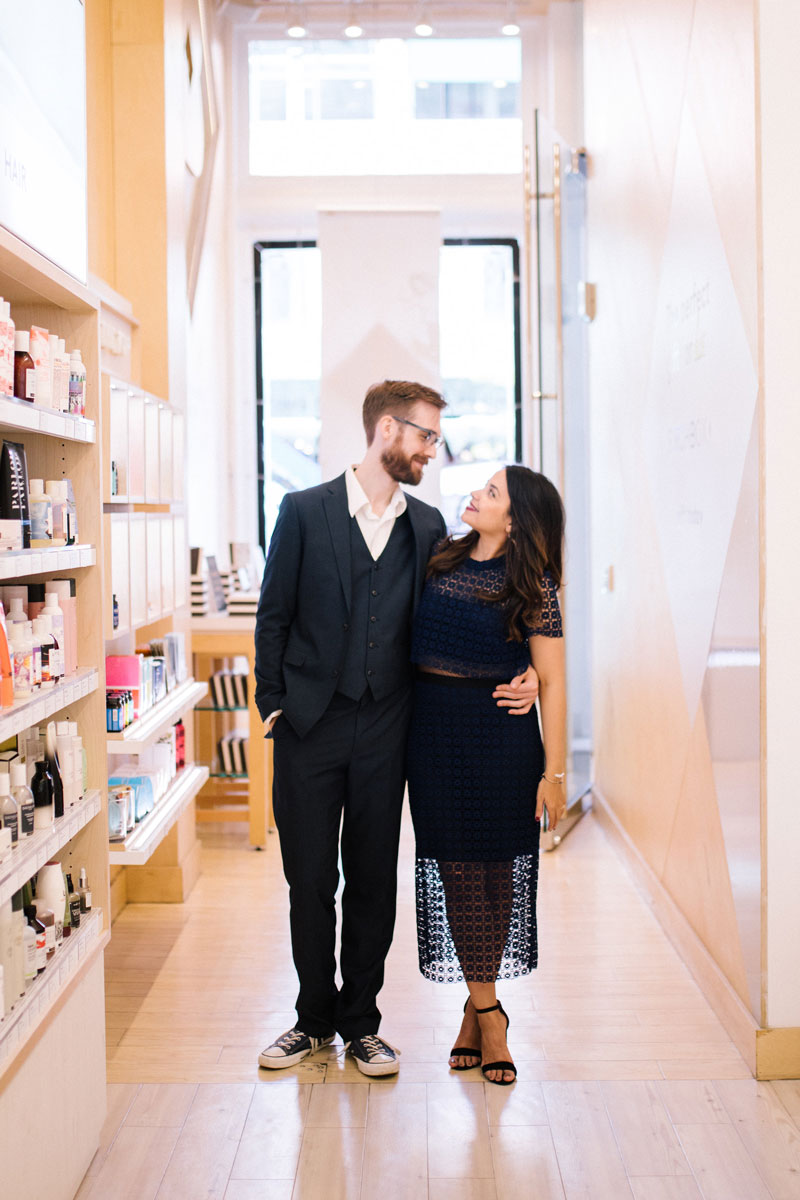 “The goal is to laugh forever with someone you take serious”

I know the past couple of years have been especially challenging as I’ve embarked on the journey of starting my very own business and I know that being with someone so passionate, driven & stubborn is no easy feat, but you’ve managed to be my greatest support system through it all. You’re my best freakin’ friend in the whole wide world!

Whether its foot rubs, late night chocolate runs, listening to me talk about TST & all of my ideas over and over and over again, constant dishwashing duty, watching my spur of the moment dance parties, helping me build my website, pop-up setup’s & strikes (your favorite), driving me around because I never got my license, taking P on early morning dog walks because I can’t seem to go outside in my PJ’s (and I need like 2 hours to myself before I can even step foot outside), dealing with my messy piles of clothes and all of the tears I’ve cried whether through happiness, sadness, frustration, guilt & wondering what the heck I’m doing with my life (I decided to mention the most annoying bits about me ?), you have ALWAYS been there for me and have comforted me through it all. You’re honestly the best and I LOVE laughing with you every single day. Let’s promise to never stop laughing together! It’s my favorite thing ever! 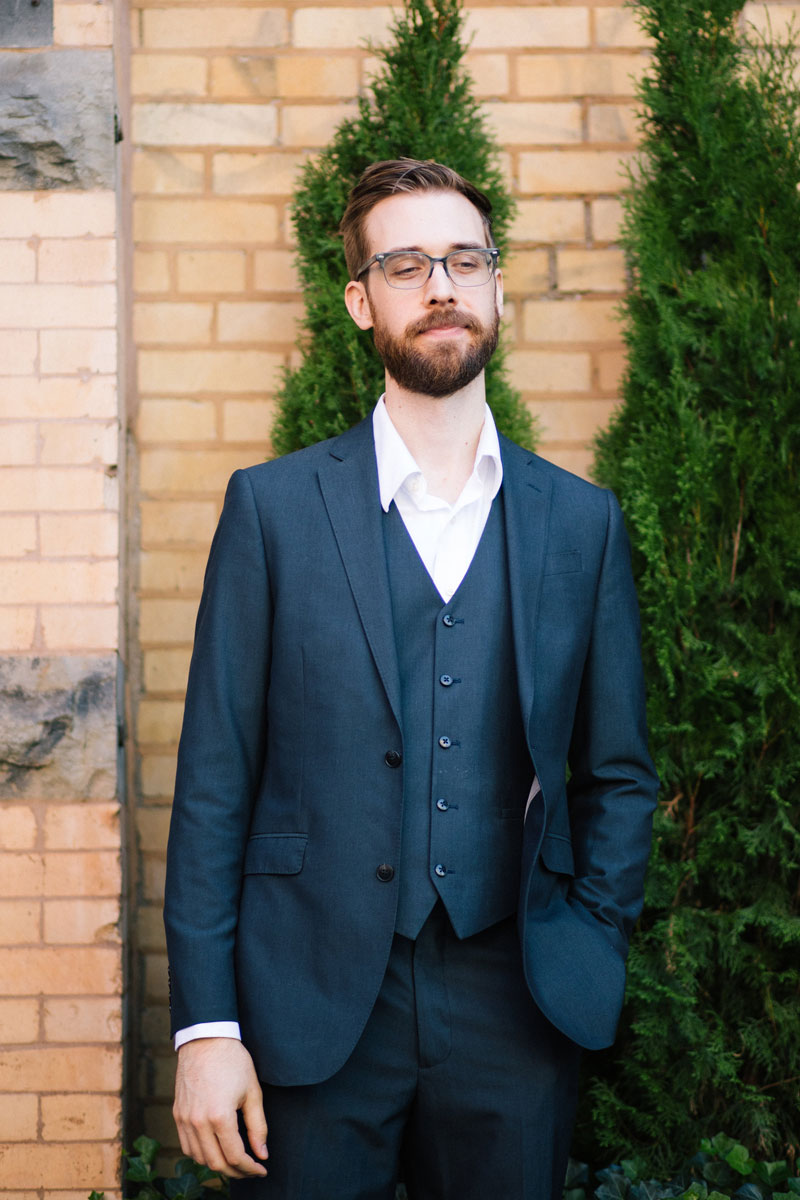 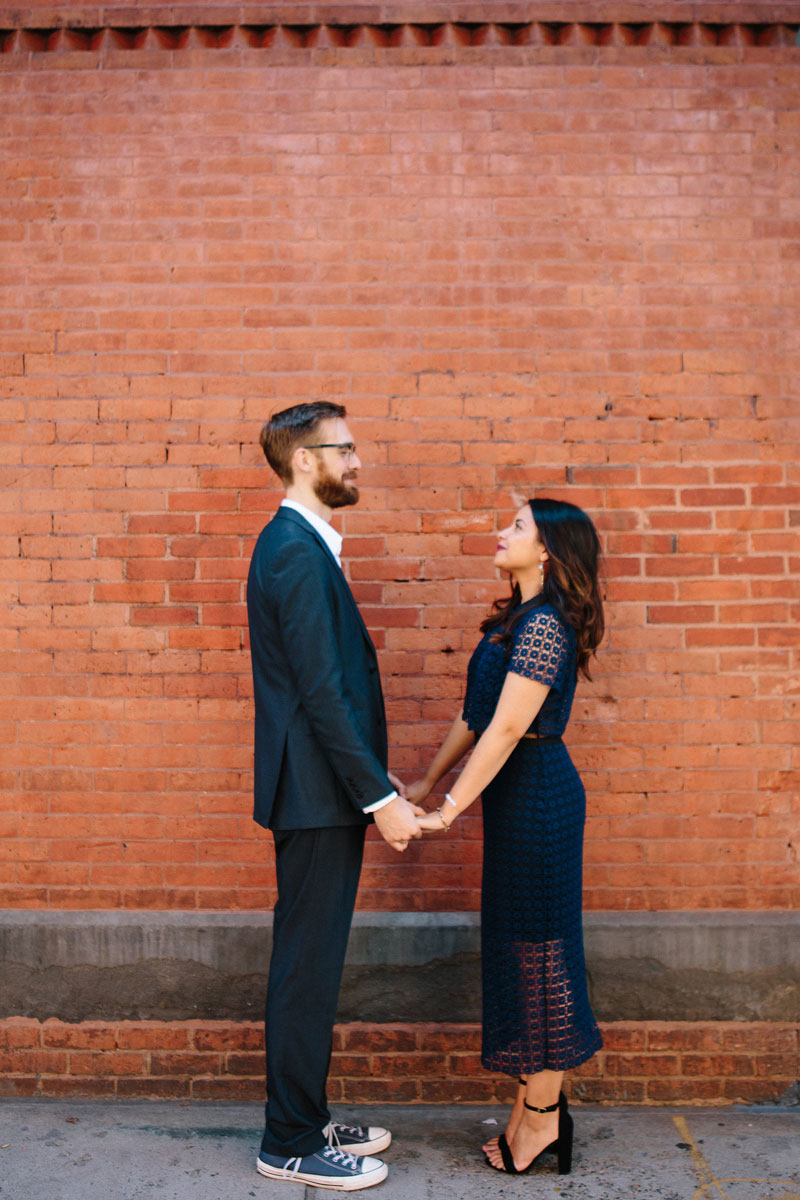 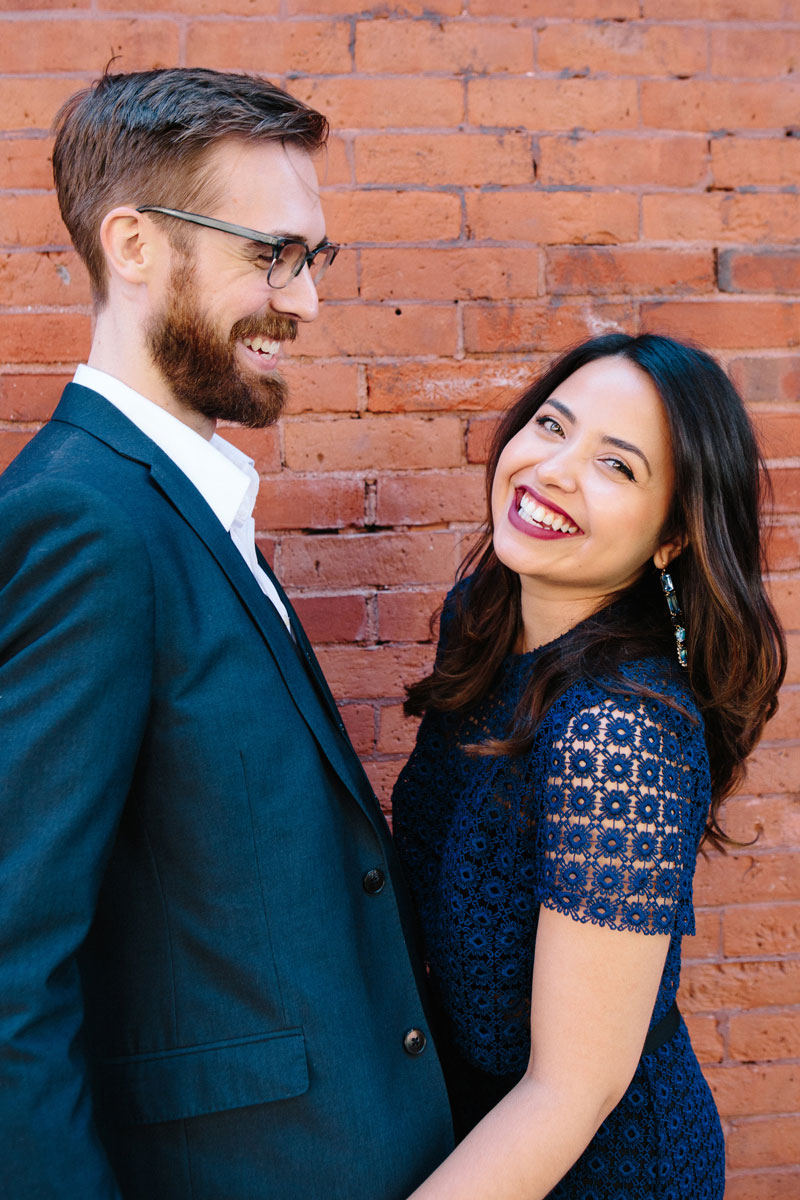 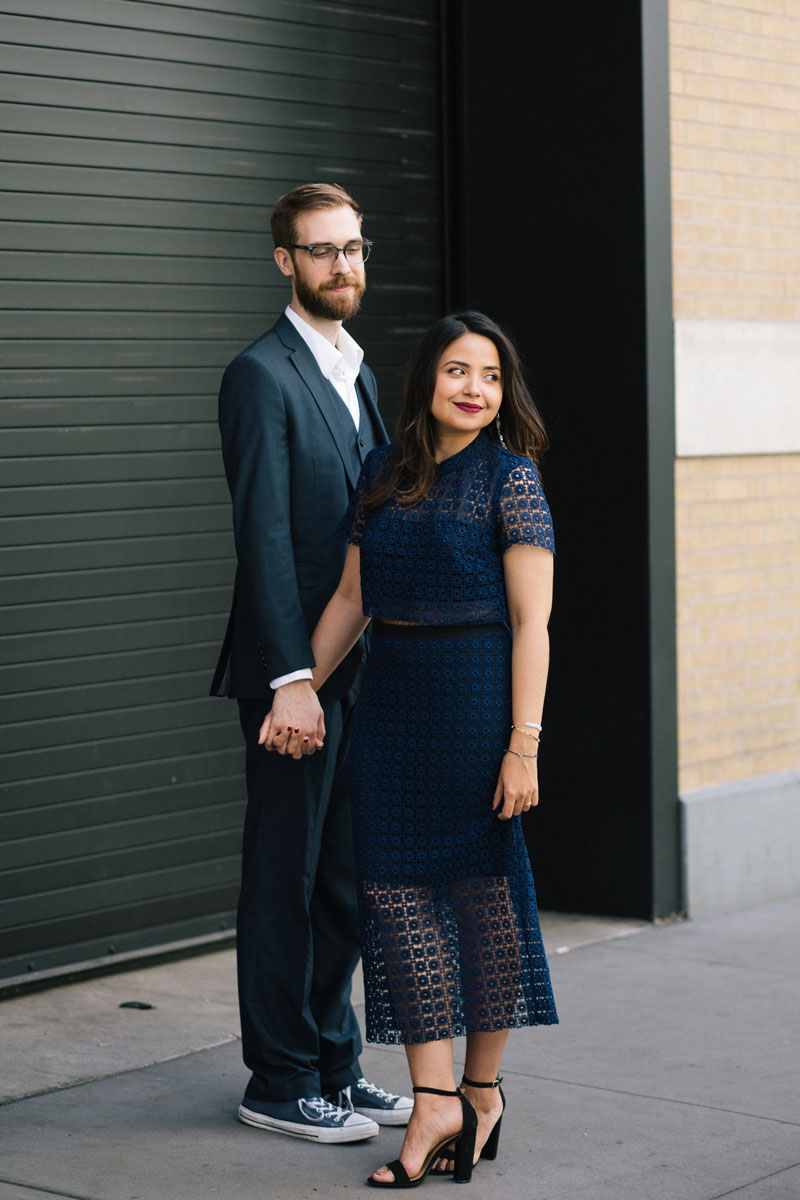 I love you so flippin’ much & can’t wait to see where the next 7 years will take us!

From the top of my heart,
Your Future Wife